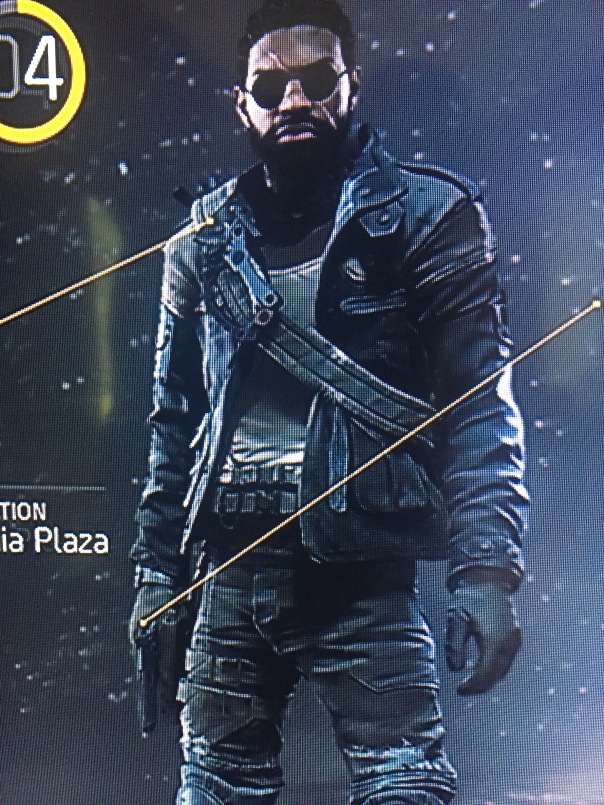 I’ve just gone all in and downloaded Tom Clancy’s ‘THE DIVISION” I heard the buzz about this game several months ago, but to be honest I was so deep into “Destiny” that I couldn’t see past the TRAVELER.  I have  also  been playing a personal favorite of mine  in the  Metal Gear series PHANTOM PAIN, which is awesome,  But that not what I’m talking about now.  I want to talk about  The Division.  A co-worker who is a big gamer as well put it to me like this, he said it’s like Destiny but situated in a current timeline.  Ok , I was intrigued I must say.  This  teaming up with people from all over the country is just about the most exciting leap forward in gaming in a long while.  Even Metal gear has joined the trend, although I haven’t taken that step into collective gaming with MGPP yet .  So I download  the full package, you know when you have that feeling that your just gonna love something so you go a little overboard, well that’s kinda what I did,  I dropped a little over $100.00 on this bad boy.  Ok, this is what I got for about $102.00 the game itself  for the Xbox One is  about $59.00 not so bad as games go, but I had to have the expansion pack and the year pass, so yeah a hundred dollars.  Ok, so I fire this game up, first I love  that it takes place in New York ,NY has always been a story in itself, then I notice that Navigating is so easy,  You know how in Destiny you get a good general Idea of location from your “little light” well Division takes it a step further buy giving you this cool nav line that appears at the top of your screen, it’s not intrusive or annoying it’s just right.  I think developers are finally realizing that gamers need to just “get there” and we don’t like wasting time wandering all over the place, unless their are goodies to be found of course.  I like the character customization, my dude is no joke, and he’s got “Corn Rows”.

The graphics and sound effects pull you in.  The Safe houses are what the “City” is in Destiny, a hub a place to meet and re up, a social gathering spot.   I found the characters fun and interesting with a cool hint of quirkiness.  Now I’m a hopeless romantic thats one of the reasons I feel in love with the “Mass Effect” games, I’ve noticed that some games have tried to back away from all the mushy stuff, But I like the Mushy stuff.  I haven’t seen that type of character connection “yet”in Division, but I am so early into game play, I’m not worried.  The weapon selection is great, I got me a rifle and the bad guys better watch out. Some gamers may think that the Post apocalyptic genre is getting a  little old, I’m not one of them, this game really gets you “suited and booted” fast.

If I had to say one thing that I’m not crazy about with this game it might be the relationship component, I like having  a love interest, I don’t know maybe I’m just sad, but I like falling in love so freaking sue me, ok.

The missions are expansive with lots of side opps   for ya, and if you have  tactical training in your background as I do, then your really gonna love  all different methods of  incursion.  Get your boys or girls together, get this game and Save New York and in case your worried The Statue Of Liberty is fine, because  she’s technically in New Jersey lol!